The Ram Jam Inn has been closed since 2013, but it has been a part of the local area for many years.  The following information is an article written by Tim Hart (of Hambleton Hall fame) during the time that he was the proprietor.

The Roman Road, Ermine Street, mostly built in the 3rd Century A.D., was England’s only important North/South trunk road until the construction of theM1more than 1.5 millennia later.  Much of the A1 follows the route of Ermine Street and the section outside the Ram Jam does so exactly.

Limousines and juggernauts still roll over the Roman stones buried beneath the tarmac of the past 150 years, and since the Romans built their motorway services at precise 20 mile intervals and the Ram Jam is is located exactly 100 miles from Roman Londinium (London) perhaps we are sitting on top of a COQUUS MINOR (Little Chef) from the 3rd Century A.D.

The history of Inns always contains a good deal of drivel dreamed up by the fire-side over a pint of ale.  The following widely affected facts about the Ram Jam are untrue:-

Whatever hostelry may or may not have been on this site in earlier times, the first facts in my possession date from the mid-18th century.  Around 1750 Samuel Henry Grimm, a keen traveller who sketched everything he saw, passed the Inn.  His pencil drawing reproduced here, can be inspected in the British Museum Library.

It shows a humble ale-house with accommodation for a pig at the north end.  At this time we know that Charles Blake was Landlord.  When he arrived on the scene The In was known as the Winchlesea Arms being part of the estate of Daniel Finch, Earl of Winchlesea, who lived from about 1730 at nearby Burley on the Hill.

Charles Blake in common with other publicans of the times brewed his own ale.  Perhaps he called the ale itself, Ram Jam.  More likely Ram Jam was a special drink he produced and a number of sources refer to ‘Ram Jam’ being bottled for the take-away trade.  Certainly he erected the advertising sign ‘Fine – Ram Jam’ clearly visible in Grimm’s drawing, above the door.  Travellers on the Great North Road, unless they happened to be heraldry experts or locals, would not realise the coat of arms on the pub sign that Winchelsea Arms was the proper name of the place.  It is not surprising that the Inn soon became named after the advertisement over the door and the landlord’s special brew.  Charles Blake died in 1791 and he is buried in a fine tomb in Stretton churchyard.  His son Charles succeeded him but on his death in 1810, with no children to succeed him, the Inn passed into new ownership.  The formula for ‘Ram Jam’ was lost, perhaps for ever, but the name remains.

From a dictionary of 1839 we have found, thanks to Mr A L Stacey of Whissendine, ‘Rambooze – a drink made of wine, ale, eggs and sugar’.  I am still looking for an 18th Century definition of or recipe for ‘Ram Jam’ that would enable us to recreate the drink and hereby offer 50 guineas reward for the first one sent in.

On the eve of the fight, Cribb stayed at the Black Bull, Witham Common.  Molyneux stayed at the New Inn, Greetham.  Before the fight Molyneux consumed a chicken, a large apple pie and seven pints of porter.  If only he could have stayed with us.  A fresh orange juice perhaps? A double Espresso and a light pasta dish and history might have been different.  As it was the contest ended in round eleven with Molyneux’s jaw broken in two places.  What a day it must have been for business!  The contest attracted 15,000 people to Thistleton Gap a spot 6 miles North West of the Ram Jam on Sewstern Lane.  A stone plaque commemorating the contest was formerly embedded in the wall of the Inn.  A reproduction of this stone hangs by Reception.

In the Spring of 1878 The Hon Hugh Lowther, later 5th Earl of Lonsdale and donor of the Lonsdale Belt, heard that a certain Mr Weston was in town.  Weston was an American who fancied himself as a ‘pedestrian’.  Lowther thought he could walk farther and faster than Weston and bet him £5 that he could beat him over a 100 mile course – from Knightsbridge barracks to the Ram Jam Inn.  The Duke of Beaufort agreed to umpire on horseback.  Starting around 6pm on 17th June 1878 Lowther cruised home in 17 hours 21 minutes before noon on the 18th.  He ascribed his success in the days before Reebok and Adidas to changing shoes and socks every 5 miles.  Perhaps our food was less distinguished in those days?  It is recorded that Lowther strolled on to Asfordby (15 m) to have dinner with his mother.

The Fleetwood Heskeths, based at nearby Stocken Hall, bought the Inn in the early ‘20’s.  At this time the modest building in Grimm’s illustration had grown very little, as can be seen from early postcards hung in the snack bar.  In 1928 the Heskeths built the East Stone elevation which can still be seen today incorporating the centre of the old Inn.  Between 1928 and the war the Ram Jam became a very well known ‘Roadhouse’.  A comfortable hotel and decent restaurant appealed to travellers and locals.

The post war period saw a gradual decline in the Ram Jam’s fortunes until its acquisition and total refurbishment by Hart Hambleton plc in 1986. 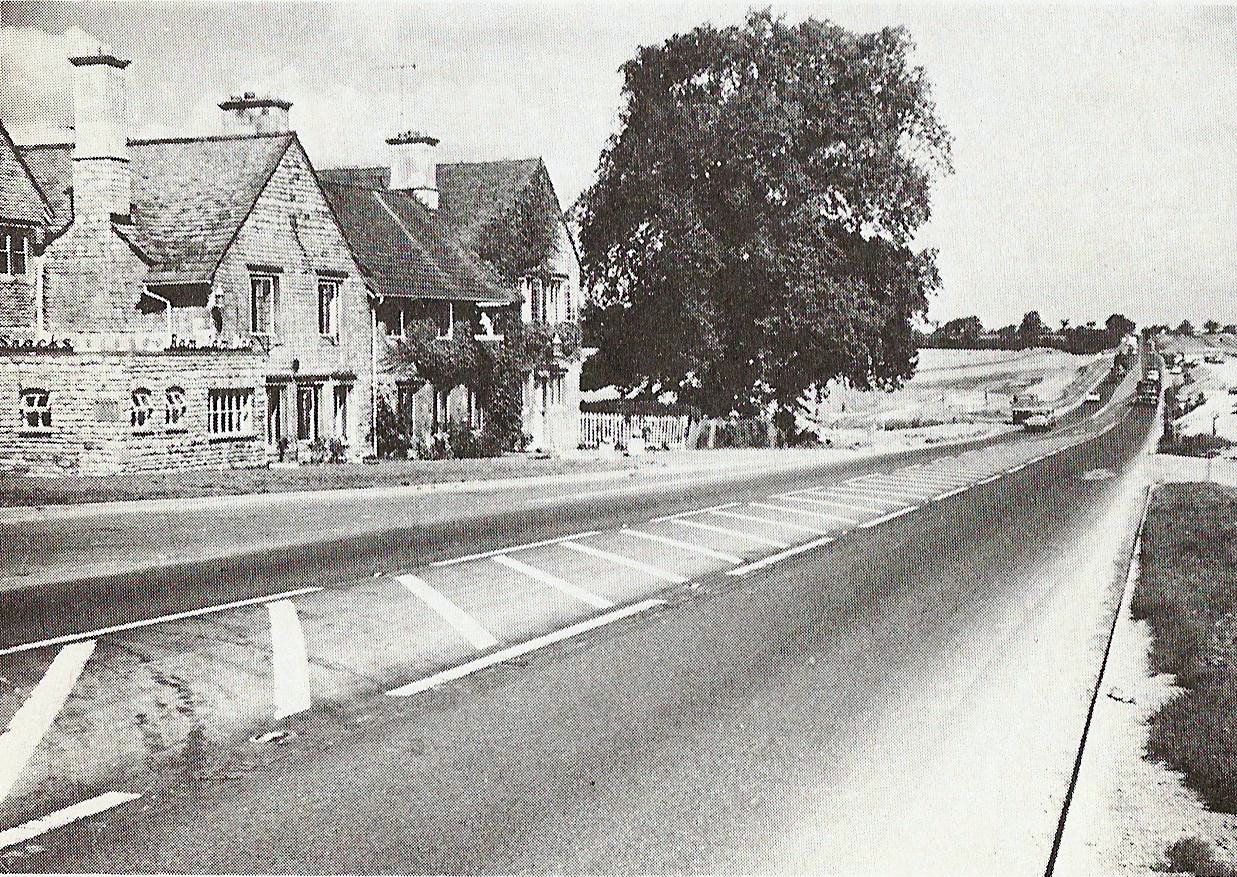