Heritage of Stretton and the surrounding area

Help us research and promote our heritage

A huge amount of work has been done in the past to research our heritage and part of the Community project is aimed at bringing to life our rich village and church history.  Richard Foster is a keen amateur historian and was involved with the group several years ago who researched and documented our local history.  Now Richard is going lead the work to bring our history to life through talks and interactive displays.  This can be a mixture of booklets, heritage trails, displays and digital media centred on the community hub at the church.   Did you know that Highwayman Dick Turpin was reported to use the Ram Jam Inn?   Did you know we have an Anglo Saxon village buried just to the south of the church?   Did you know that the Duke of Wellington’s horse at Waterloo, Copenhagen, was raised at Stocken? That Stretton existed in Roman times, probably as a staging post on Ermine Street?   That in the middle ages, Kings stopped here on their way to and from Scotland? 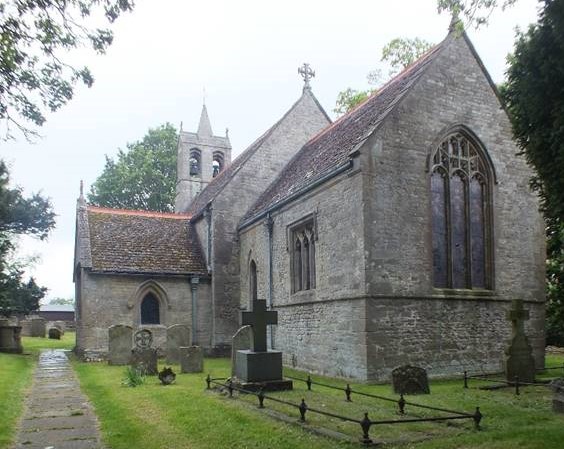 Named by the Saxons for its position beside the Roman Ermine Street, Stretton has quietly observed the passing of the centuries.  Kings stayed here in 1299, 1306 and 1316, taking days to reach Scotland; now thundering lorries do the same journey in hours.

St Nicholas’ Church has stood here for 900 years, guarding its secrets.  Do the carved stones, discovered in 1881, date from the Anglo-Saxon settlement?  Is the incised cross, outside the porch, part of a tomb-stone, standing cross or consecration symbol?  How was the ridged tympanum over the south door used before being placed here?  Why was the ancient sundial carved high above the south door?  Was the arched recess in the chancel a Founder’s tomb or Sedilia (seating for priests)?  With authorities such as Sir Nikolaus Pevsner and Edward Bradley at odds, modern research and inquiry produces few unequivocal answers.  Further suggestions and theories are always welcome!

I am grateful for the detailed advice of Dr David Parsons, Archaeological Advisor to the Diocese of Leicester; H Mansell Duckett, Architect, and Mrs M Nicholson, Librarian, of Peterborough Cathedral; Walter Wells, ‘Leicestershire sundial guru’; T P Hall and Rev Christopher Hall, great-grandsons of a former rector.  Acknowledgements are due to A R Traylen for permission to reproduce the plan drawn by his late cousin, the Diocesan Architect for Rutland, and to Leicester City museum Services for the 18th century sketch of Stretton Church.  Members of the parish who care for the church in a variety of ways have also contributed helpful information and observations.  Other sources are acknowledged in the text and Bibliography.

This brief history and guide is offered as an introduction to some interesting features of this unassuming village church.  With so many of England’s smaller rural churches at risk from shrinking congregations and growing repair bills, we hope that Stretton Church will continue to offer a haven of peace and spiritual tranquillity to villagers and visitors alike. 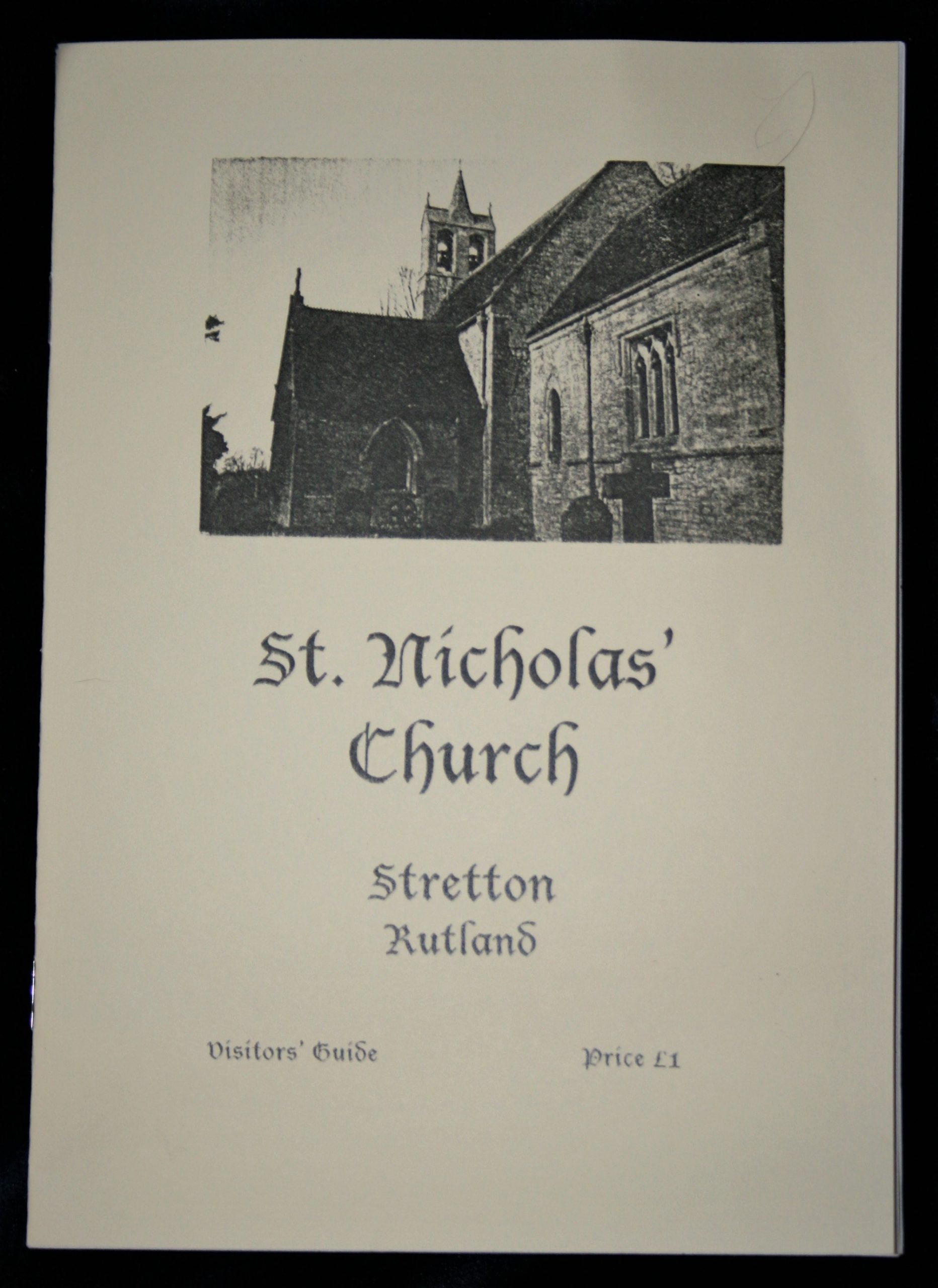 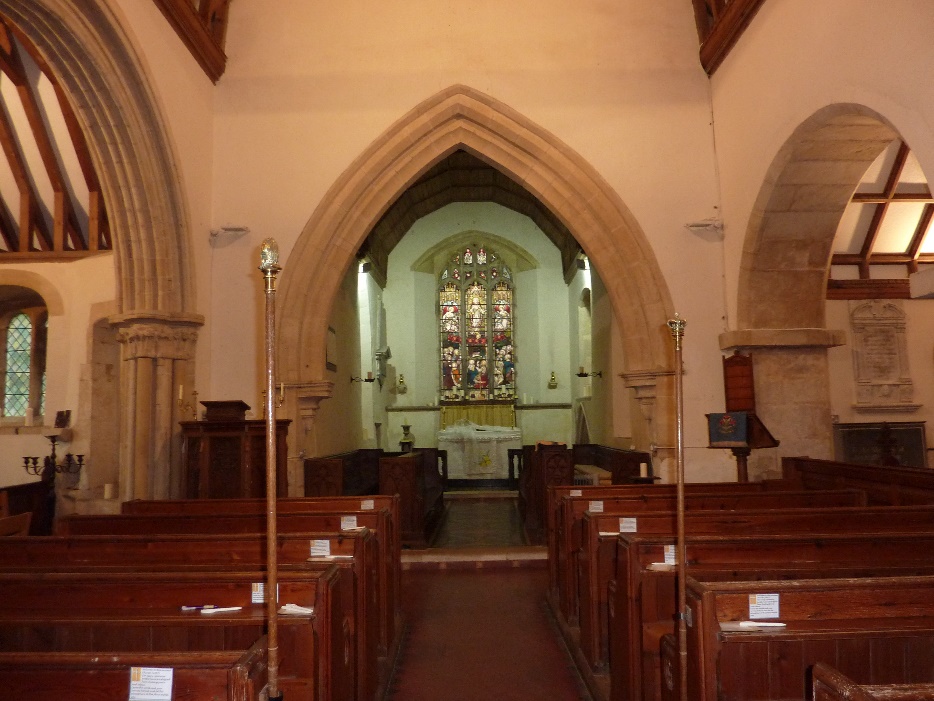 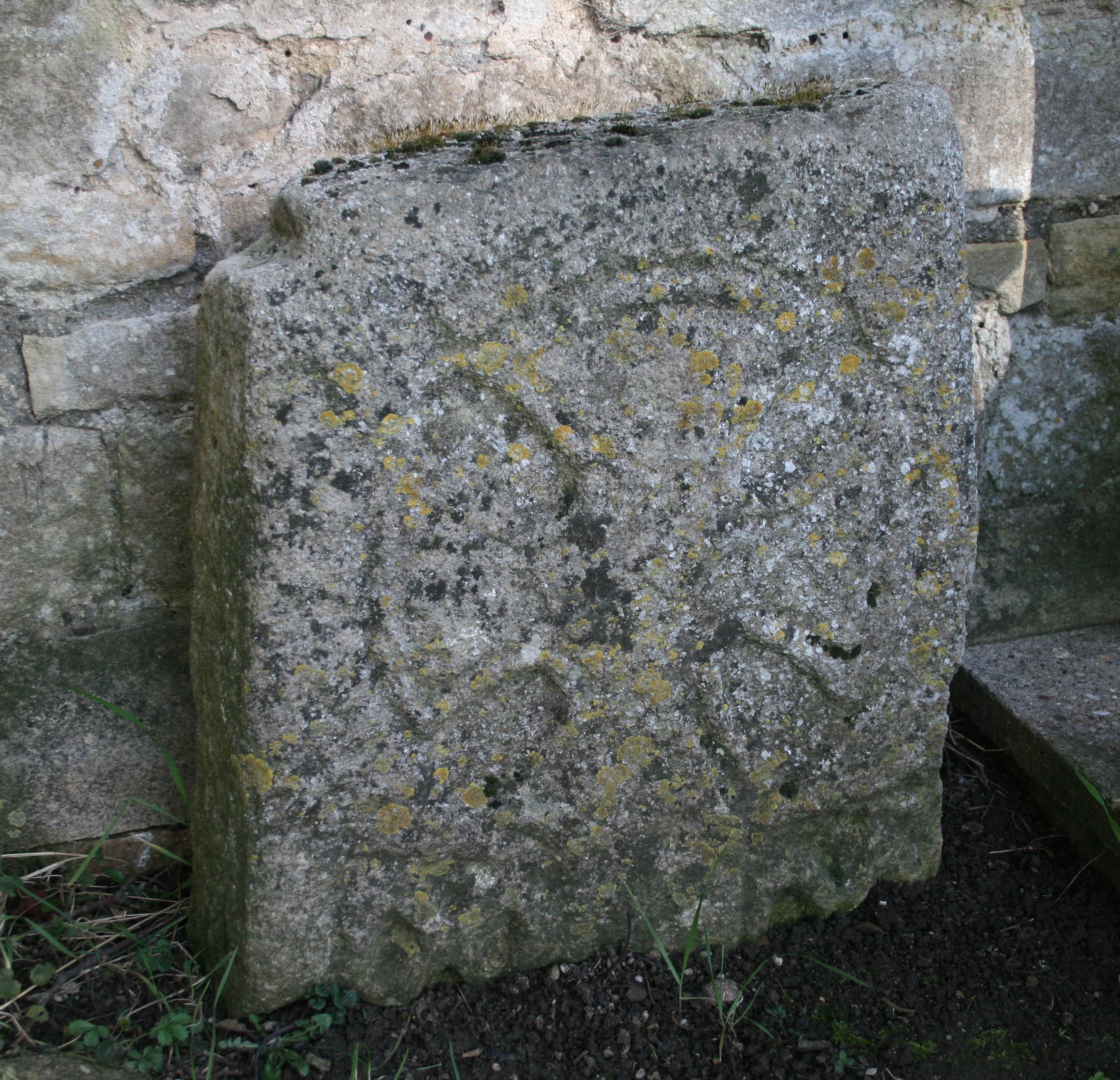 The Parish of Stretton

The Domesday Book of 1086 shows that Stretton, attached to the manor of Market Overton, was held by Judith, niece of William the Conquerer.   The combined population of 35 villagers and 8 smallholders worked the open fields with 9 oxen-drawn ploughs.  The value of the estate, with its arable strips, meadow and woodland, had increased since 1066 from £12 to £40.  No church is mentioned, but the fine Saxon tower arch is evidence that Market Overton’s church must have been built before the Conquest.

The building of Stretton Church began in the decades following 1066.  It was acquired through marriage by Robert de Brus, ancestor of the King of Scotland.  By 1185 he had granted it to the Knights Templar, whose Preceptory was nearby at Witham.  During the 13th century Manor of Stretton reverted to the king, but the Templars’ claim to the church was confirmed.  In 1250 the Master of the Temple appointed as vicar Nicholas de Roulston, since the church had been deserted by its previous incumbent, Robert, ‘not having the mind to return’.  Fields in the parish once known as Temple Barns bear testimony to Stretton’s link with the Knights Templar.

The suppression of the Knights Templar in 1312 left the church and certain tenements of Stretton in the hands of the Knights Hospitallers, who appointed vicars to the church until the reformation.  The advowson (right to appoint parish priest) then passed from the king to the Lord of the Manor.  In 1570 Stretton was held by Sir James Harington of Exton but was sold in 1616 to the Horsman family, who retained the manor until 1743,  A signed ‘Glebe Terrier’ (document listing church property) of 1631 records the exchange of the rector’s ‘right of commons’, grazing for four cows and twenty sheep, for 4½ acres of glebe land ‘in ?e Eastfields’.

Through local connections with William Browne, some Stretton tenements, detailed in medieval charters, were granted to Browne’s Hospital in Stamford.  In 1836 most of the parish was held jointly by ‘Sir Gilbert Heathcote Baronet and the Warden Confraters and Twelve Poor of Browne’s Hospital in Stamford’.  The Heathcotes, however, consolidated their ownership of Stretton by exchange for properties elsewhere.  In 1907 the whole manor of Stretton and Stocken was sold to the Fleetwood-Hesketh family, who retained their right to appoint rectors of Stretton until 1971. 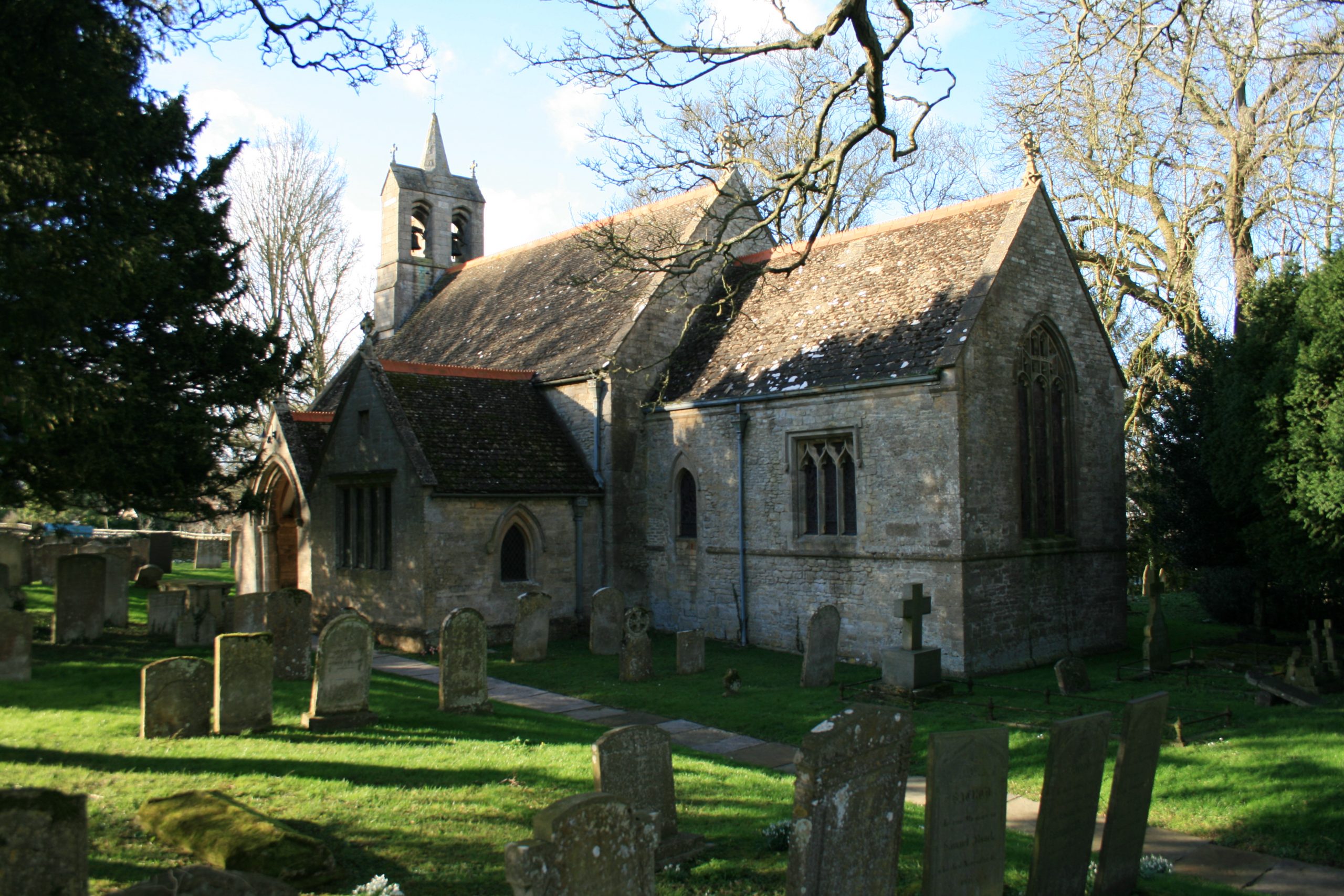 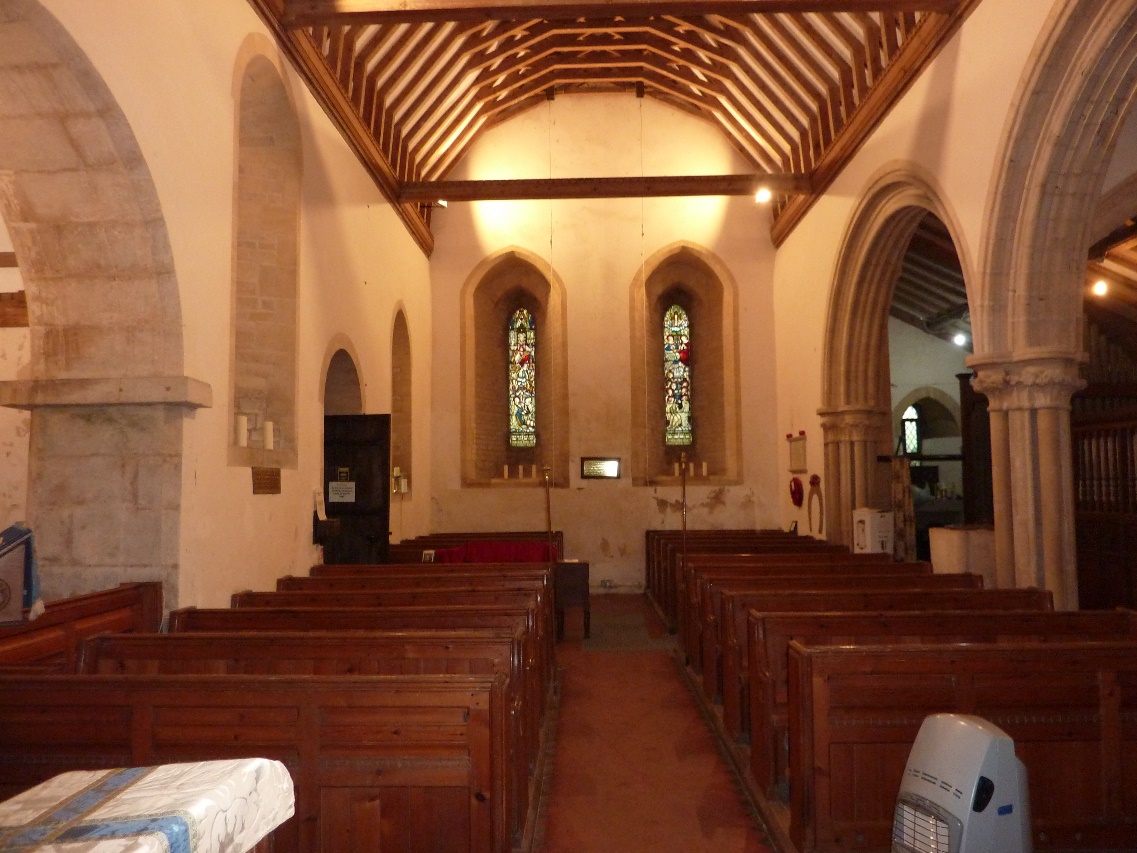 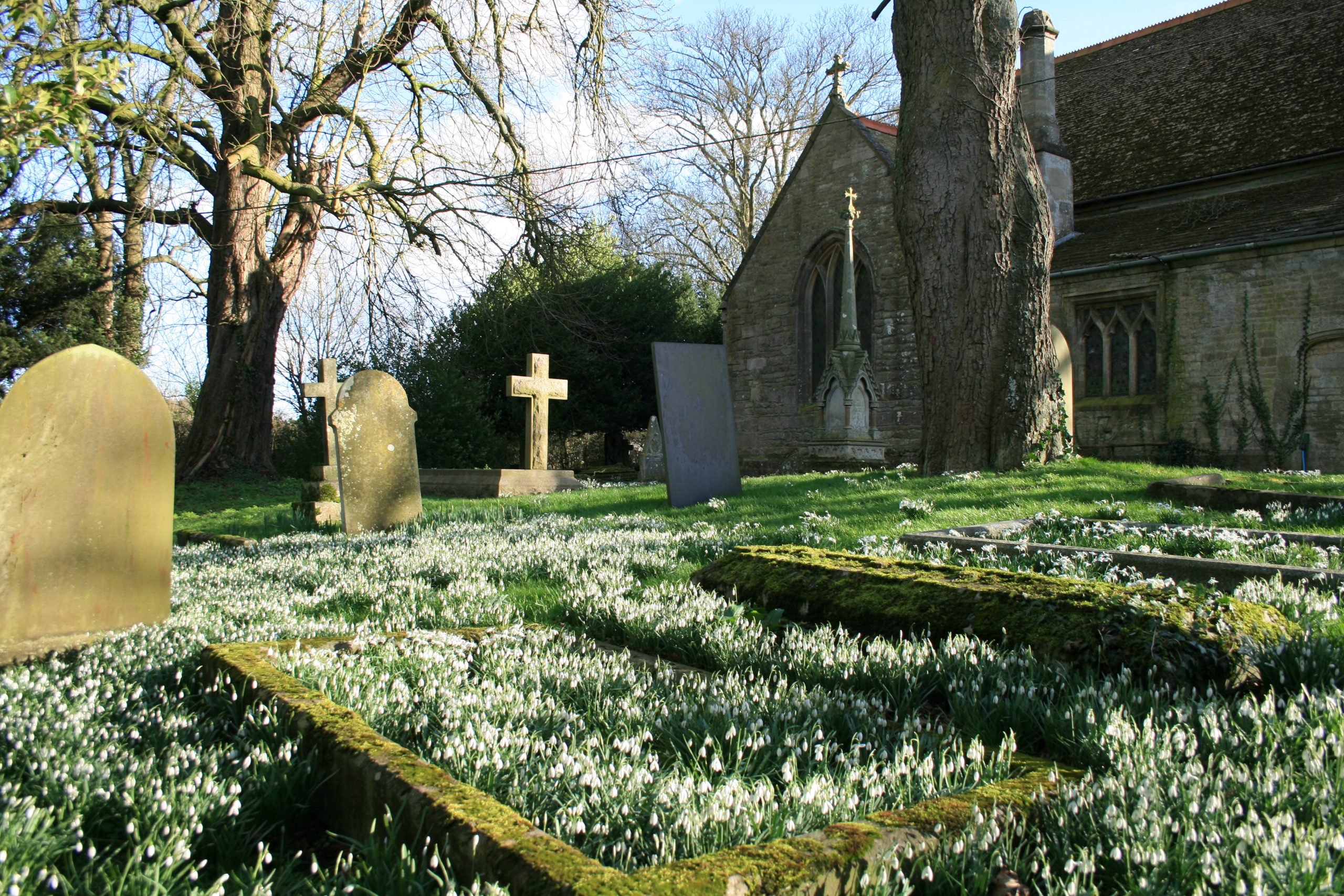 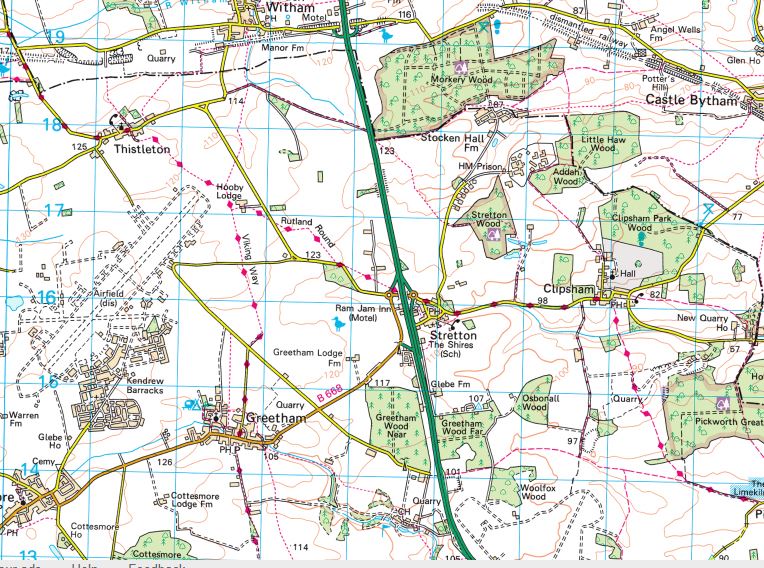